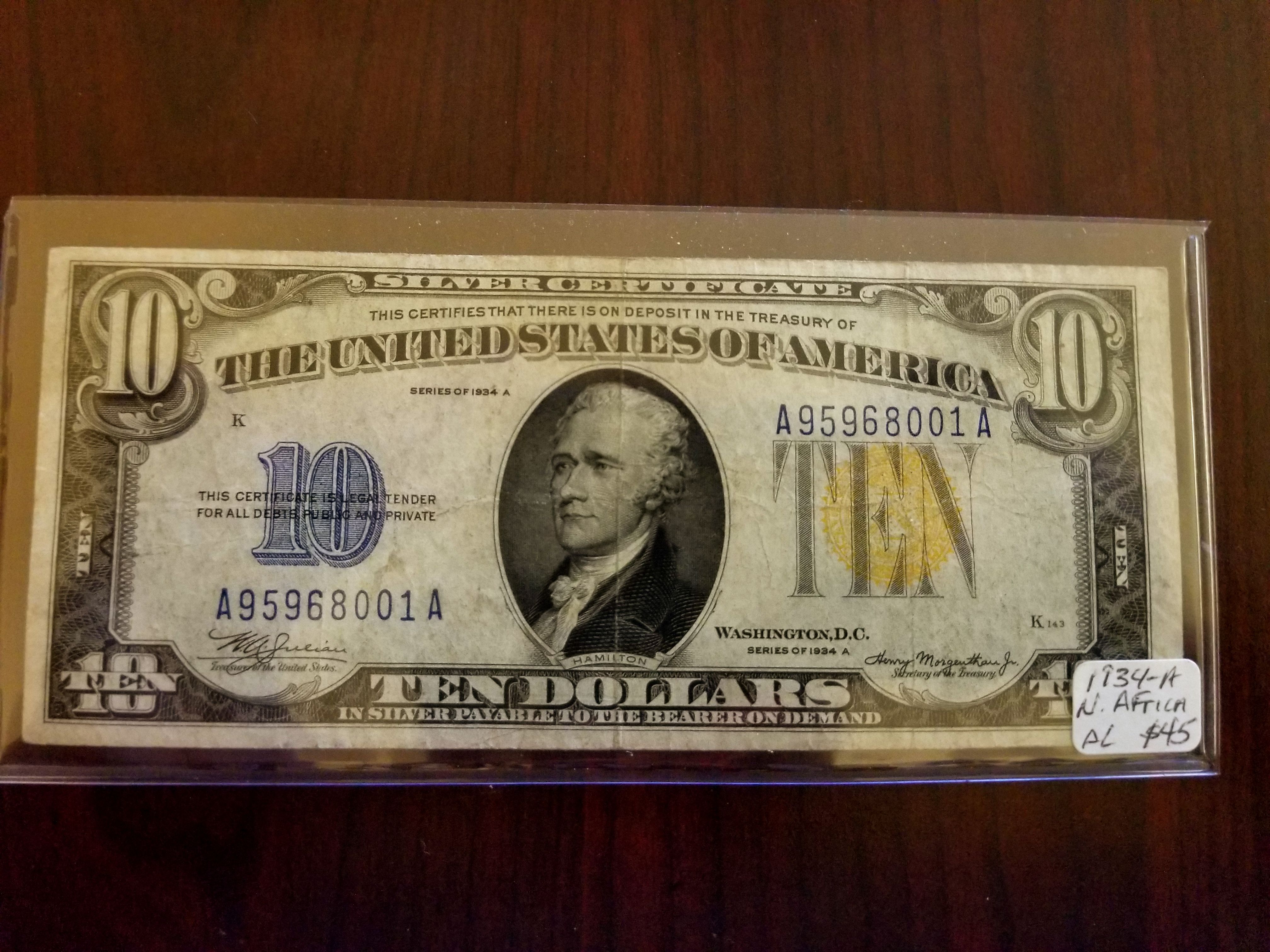 This cool Note was printed for payment of U.S. Soldiers during the invasion of North Africa, 1942. In the very early days of World War II, In these years it was doubtful about the outcome of the war.

Looking back though from 77 years on, we must realize that it would have been nearly impossible for Germany and Japan to defeat the 'Allies', but in 1942 it wasn't so clear, Which of course is any war there shouldn't have been any Stronger feat.
My goal is to pick up a $ 500 Note soon!
1934-A $10 Silver Cert- Photo was taken by @chronocrypto

You might not see this as an investment but trust me these blue silver Seals are a great investment, sure Fiat is the Devil but they look so nice, even if they represent lies.

Submit
0.00 LEO
50 votes
2
Authors get paid when people like you upvote their post.If you enjoyed what you read here, create your account today and start earning FREE STEEM!
Sort Order:
[-]
curatorcat.leo (51)  ·  last month

I really do like old bank notes when they reach the point of having collectible value; from that perspective, they often become "good as gold," ironically. Consider that there will never be more of them, some might actually be lost due to poor handling of estates where some older person squirreled money away in books, and "premium condition" really IS at a premium... every surviving note has the potential to decay while NONE of them are going to become... "mint-ier."

Wow, that's a note with a lot of historical value. Where do you even get something like that or that 500 note?